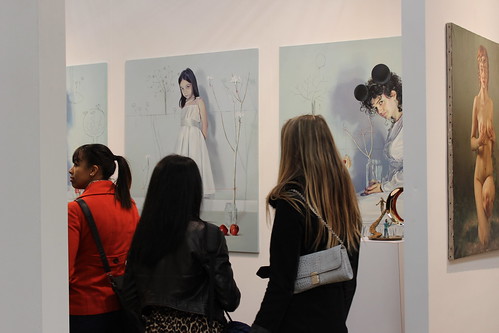 We’d like to extend a very warm thank you to everyone who participated in our 36th annual Artexpo New York. It was a tremendous success on all fronts, and we couldn’t have done it without our talented exhibitors, our enthusiastic attendees, our generous sponsors and everyone who helped to make this our best Artexpo yet! 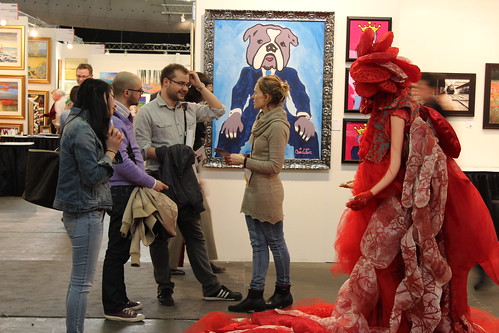 Sam Talbot-Kelly’s “The Blood Queen,” from her “Open, Sesame” series.

Top Sales & Success Stories
As always, we were thrilled to hear that exhibitors made great connections and closed big sales. Several established artists and galleries reported record show sales this year! And emerging artists stepped into the spotlight to forge new connections with buyers, collectors and gallery owners. Here are a few of our favorite success stories: (Don’t see yours here? Write a comment below, or email us at info@redwoodmg.com so we can share it.) 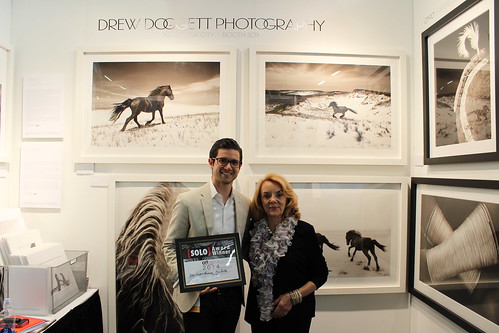 • Art Design Consultants (ADC) sold 43 pieces in just the first day and 68 pieces total during the show ($1,000 – 4,000 range). Litsa Spanos, president of ADC said, “Best first day ever at Artexpo! This is my 4th year and I’m just amazed at the traffic and response this year!” 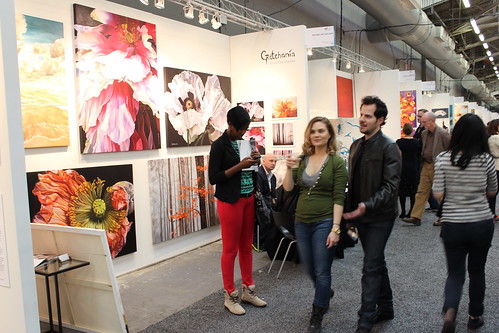 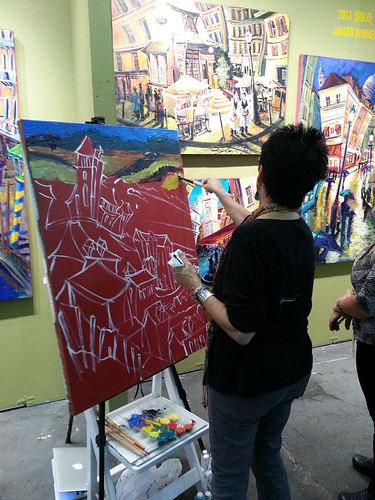 • Nazarov Art sold “Spirit of NYC” by Vladimir Nazarov for $60,000 and “Faces #3” for $40,000. “Se Souvenir” by Christian Vey sold for $38,000. They also had success with Limited edition print sales, taking over two dozen orders. Additionally they are in process of negotiating a sales agreement with a major real estate company. Vladimir Nazarov would also like to thank the staff of Art Expo for the beautiful show they put together – the professional atmosphere was one of the important factors that led to his sales success.

• Socrates Marquez sold 14 pieces during the show and two pieces after the show. New Gallery in Soho also picked up a piece for its showroom. Sales ranged from $1,000 – 8,000. Marquez added, “The interest has been overwhelming. I am getting emails from collectors who visited my booth and are now looking for additional pieces. Two years ago I came in as the underdog and now, thanks to Artexpo, people actually recognize my name and my artwork.”

• Woody Slaymaker, CEO of Slaymaker Fine Art said, “Even though it’s only a three-day show this year, we made our goal easily. We had a terrific first day!”

• Mary Johnston sold 24 2’x2′ pieces, one larger work and 11 of her 12×12 squares. She also placed a collection with Expressive Living Art & Accessories in Wantagh, NY and placed a grouping of 24×24 pieces on panel for QArt.

• Peter W. Hart Gallery of Montreal sold 13 pieces during the show. Their signature piece, “Field of Dreams,” sold for $3,800.

• Another first-time Artexpo exhibitor, Garsot, reported sales of five important pieces and worldwide contacts established via interaction with media from China, the Middle East and local and national outlets. Works sold include: “Flowers For You,” “Coral Reef, ” “Ocean Sunset,” “Sunny Moonlight” and “Kiss Me Tonight.” Prices ranged from $25,000-250,000.

• Richard Riverin sold seven paintings and was approached by Artblend to do business in Fort Lauderdale on a consignment basis.

• In his first-ever exhibition as an artist, Alex Nero said he was “overwhelmed with the engagement and response. People noted that they have never seen any work similar to mine. I feel accomplished.” He currently has two sales of 40”x40”pieces pending with customers in NY for $4,500 each. 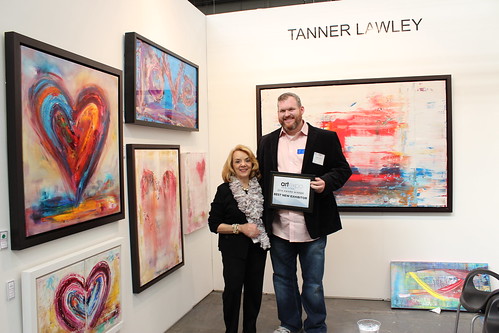 • Tanner Lawley commented: “This is by far a highlight in my short, six-year career.” During the show, he sold two pieces and sold two pieces after the show from Artexpo leads. He was also asked to develop a commission for a collector for $5,000 – 7,000.

• Elizabeth Pinkhasov from The Metropolitan Art Museum estimated the exhibition by Palais Royal Gallery (Moscow) as one of the best in ArtExpo New York 2014.

• Louise Cutler Fine Art Studio sold “The Giver III” for $3,800 to a couple that she originally met last year. She added, “They came back to buy a piece from me specifically! I was very honored!” 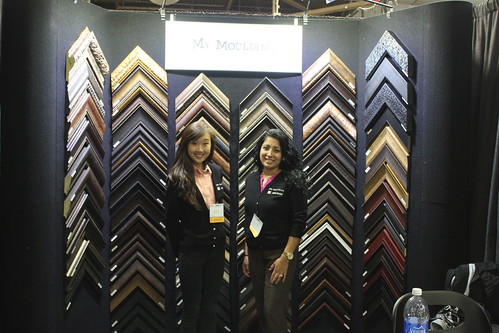 The beautiful My Moulding booth in DECOR Expo Showcase, alongside Artexpo New York and [SOLO].


Artexpo New York got a lot of attention in the media this year in publications and media including Long Island Pulse, Examiner, Posture, WHERE, New York Magazine, Woman Around Town, NY1, Art World News and Art Business News, to name a few. Our social media stats were also hopping! Twitter was on fire with #ArtexpoNY comments and praise, and our Facebook fans had lots of great things to say, too. Thank you all for the wonderful feedback! 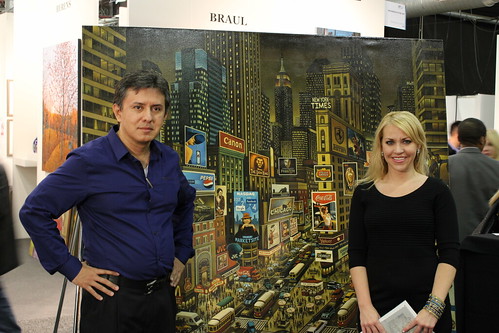 Events, Giveaways & Other Surprises
The weekend was jam-packed with exceptional events, seminars, guest appearances and giveaways. Here are a few more highlights from the show: 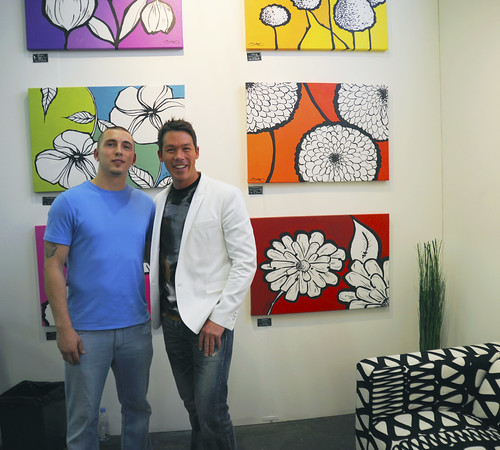 And did you catch photographer and exhibitor Jordan Matter doing a photo shoot with dancers and circus performers? That was a blast! 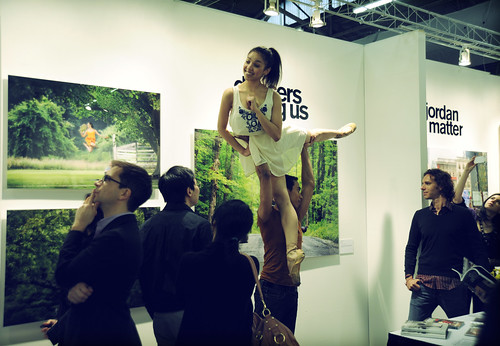 Videographer Bill Crumlic was on hand and captured some excellent footage of the show. Have a look:

Once again, we’d like to thank everyone for being a part of Artexpo New York 2014! We’ll be back again at Pier 94 next year from April 23-26 for a four-day show with a trade-only opening day. See you there? For registration information, please visit the EXHIBIT section of our website.