Meet Adrian Arrieta, the 23-year-old artist who took our social media-powered Artexpo New York Poster Challenge by storm in his quest to garner the most votes in the 2016 contest. Earning the top honor with his painting The Princess of the Strawberry Mouth, Arrieta looks back with us at his journey and the sacrifices he’s made to get to this point—a point we are confident signals just the beginning of an exciting art career ahead.

Born in Rodas, a municipality in the Cienfuegos Province of Cuba, Arrieta grew up longing to become an artist, but often felt discouraged by the impracticality of his dreams. “I was always skeptical about becoming an artist in my country,” Arrieta explains. “I [could] never find the freedom to criticize society through my paintings without being repressed here … The lack of freedom in Cuba imposes a protocol that needs to be followed.”

Nevertheless, Arrieta, the son of a pharmacist and an English teacher, immersed himself in art whenever he could, thriving during the portion of his school day that he got to spend in art class. He shares, “Although I enjoyed the other subjects at school, my art class stood out the most. Perhaps it was the chance of getting to express what I felt in those 45 minutes of class that drove me towards the bizarre idea of becoming an artist.”

At age 14, Arrieta left his home to attend the Benny Moré School of Art, one of the top visual and performing arts schools in Cuba. Unsure if it was worth being separated from his family in order to pursue such an elusive goal with meager financial support, he nevertheless pressed on, eventually graduating at the top of his class. His fine standing upon completion at the academy provided him with several opportunities to exhibit his work throughout the Cienfuegos Province. “I never denied an opportunity,” says Arrieta. “I would barely sleep, but just to think that somebody could understand my work and actually like it was my definite accomplishment.”

After graduating, Arrieta decided to come to the United States to attend college in Miami and broaden his potential exhibition opportunities. “I came to the U.S. not only to begin my studies in graphic design, but also to be able to exhibit at the best places in the country,” he explains. “One of those places—and perhaps the first one on the list—was New York.”

Upon arriving in Miami, he finally set about to put his creative ideas to work—but he quickly became bogged down by the pressures of making a living while pursuing his education. Working 48 hours a week to help his family pay for their basic needs while attending classes Monday through Friday, Arrieta felt his dream of painting was fading.

“But I never give up,” asserts Arrieta, “To be able to paint is my only dream and I will do anything in order to achieve it.” When he was researching painting contests in the United States one day this past January, he came upon the call for entries to the 2016 Artexpo New York Poster Challenge. Never one to turn down an opportunity, no matter how daunting, Arrieta submitted The Princess of the Strawberry Mouth to the contest, hoping against hope that his artwork would end up being the one that tens of thousands of show attendees would see splashed across the Artexpo show poster come spring.

Much to Arrieta’s surprise, his painting was chosen from over 550 original entries as a top 10 finalist by the selection jury just two weeks later. “I barely slept for a week when I received the notice that I was one of the 10 finalists,” he confesses, “and I could not stop thanking my friends and family for supporting me on social media.” Amassing the largest number of votes on Facebook during the one-week public voting period, Arrieta was named the winner of the 2016 contest, scoring a host of exposure opportunities that totaled a value of $20,000, including the chance to exhibit his work at Artexpo New York.

Arrieta is still incredulous that the last couple of months transpired the way they did. “I will never be thankful enough for the opportunities I have received in this country, to receive such an enormous chance,” he shares. “I am [exhibiting] in New York and, as I am saying this, I still cannot believe it.” 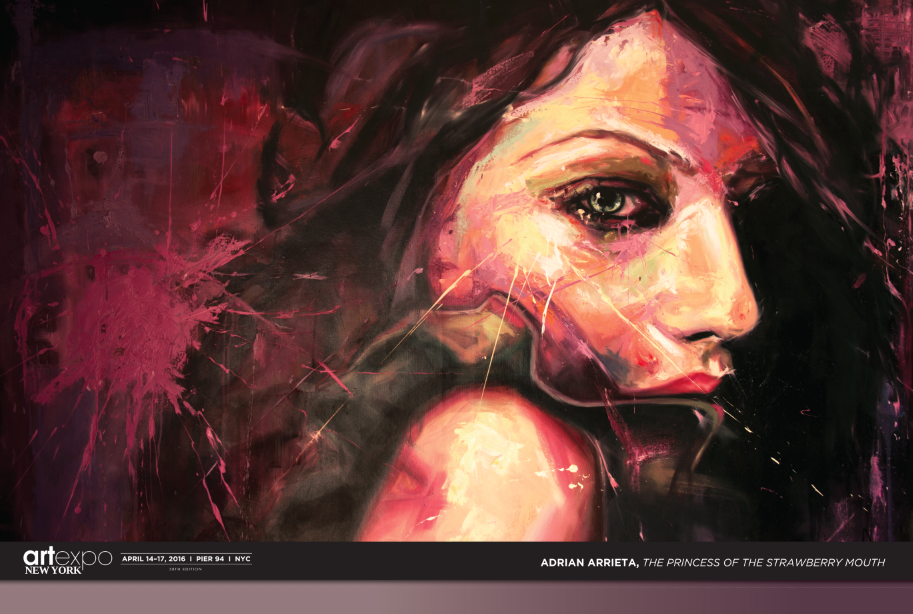 View Adrian Arrieta’s winning artwork, The Princess of the Strawberry Mouth, at Booth S704 in the [SOLO] Pavilion. 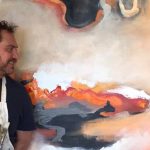 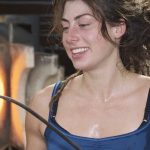