Artexpo New York, the world’s largest fine art marketplace and longest running contemporary art show, celebrated its 40th Anniversary in formidable style from April 19—22 at Pier 94 in the heart of Midtown Manhattan. This year’s show reported record trade attendance, together with a five percent increase in ticket sales over last year’s event, reinforcing its popularity as one of the country’s most electrifying art expositions. 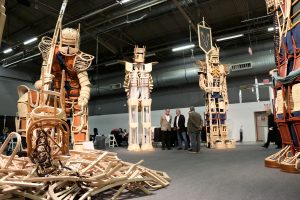 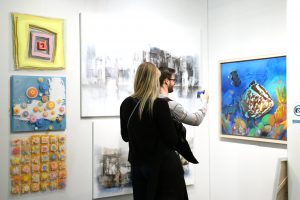 Checking out bold and colorful works 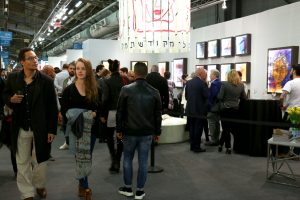 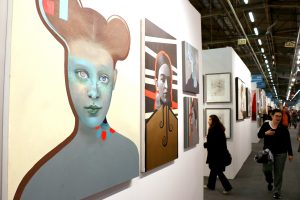 This year’s featured Art Lab installation, located in the [SOLO] exhibition area, was a special presentation created by notable visual artist, Jon Henry–a photographer and alumni of the New York Film Academy. Stranger Fruit showcased a thought-provoking collection of images evoking the artist’s reflection on the black family and community.

This year’s Spotlight Program provided collectors with a focused look at several galleries and prominent artists who created a site-specific exhibition. Spotlight exhibitors for 2018 included:

Attendees once again enjoyed an extensive Meet the Artists program of activity during the four days of Artexpo New York, which included live demonstrations in each exhibition booth by the artists themselves.

This year’s comprehensive Topics & Trends Education Program included an extensive series of 20+ seminars, moderated panel discussions and lectures, hosted by a group of handpicked leaders from various genres of the arts industry, presented on the show’s main Education Pavilion. Subjects included Nuts And Bolts Of Copyright and Trademark Law, Getty Images: The Art & the Business, through to Making The Internet Work For You.

The very popular Rising Artist Gallery, showcased more than 40 emerging artists of tomorrow, and the unique Sculpture Garden, proved a popular addition to Artexpo New York XL, containing individual works by the leaders in this field, including Victory by Stephen Farland of Chairborne Arts, who presented an immense warrior-like depiction of life emerging from rubble–constructed entirely out of recycled wooden chairs from Poland.

This year’s show saw fashion royalty, with a rare appearance by the renowned designer, Carolina Herrera, who was welcomed with her husband by President and CEO of Redwood Media Group, Eric Smith, before walking the exhibition floor and honoring her invitation by the owner of South Florida Arts.

On Friday, April 20th, Art Brand Studios presented the unveiling of Light Of Hope to benefit The Alzheimer’s Foundation Of America. Acclaimed artist Blend Cota announced a collaboration to benefit the foundation, whereby a unique painting was revealed in his singular style, known as Colorism, depicting the Empire State Building. All proceeds from Light of Hope benefited AFA and its mission to deliver compassionate care to patients and support to caregivers. 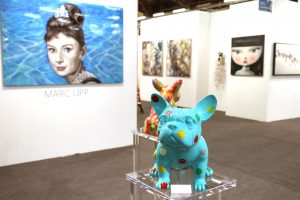 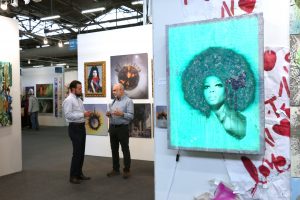 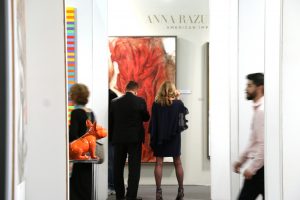 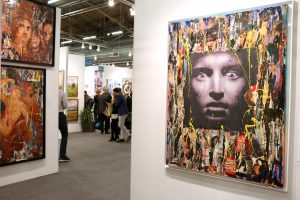 The number of commissions reported throughout the show this year was impressive, as were the gallery placements by [SOLO] and [FOTO SOLO] artists. Here is a brief sampling of highlights from this year’s exhibitor sales: 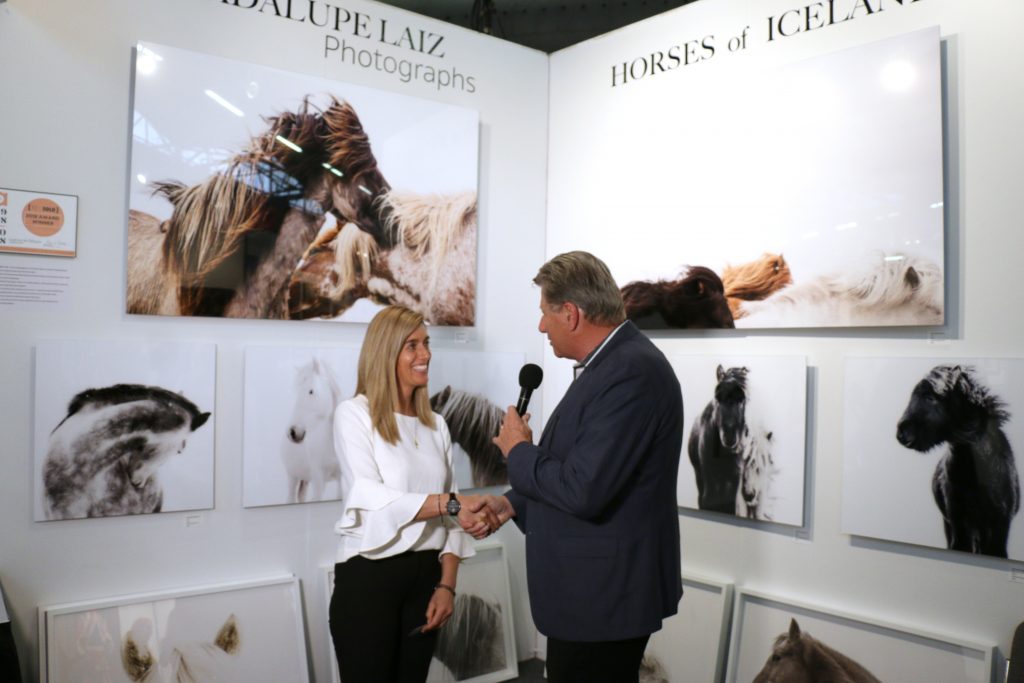 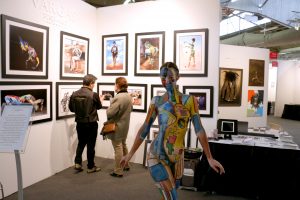 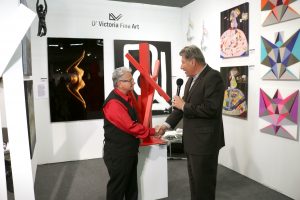 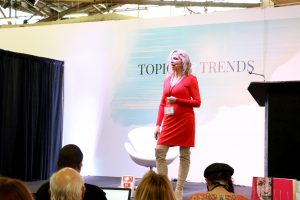 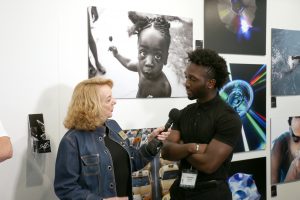 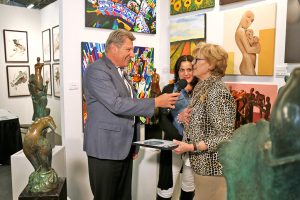 The 40th Anniversary Celebration of Artexpo New York captured the attention of major media outlets in New York and beyond, with coverage including onsite coverage by CBS, a shout-out in IN New York, the full story about the show in Art World News, a call-out as one of the top reasons to visit New York in the Robb Report, and many others. We also reached more than 100,000 fans via social media, offering followers around the world up-to-the-minute event tidbits and photos on Facebook, Twitter, and Instagram. Thanks to everyone liking and following us on our social media channels—we love keeping you engaged! And last but not least be sure to check out all the video highlights from this year’s show here. 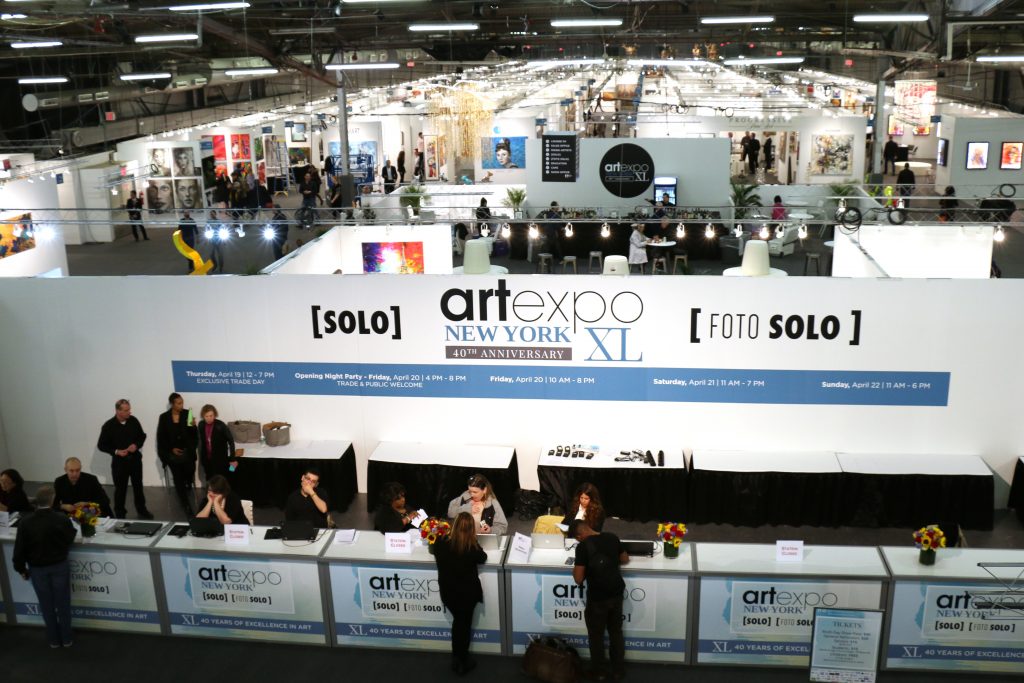 Whether you see Artexpo New York as the place to grow your business or the place to be discovered, your exhibition will definitely give galleries, trade buyers, and art collectors from all over the world the chance to see what you can do. Returning to Artexpo after exhibiting this year or inspired by this year’s event and want to give exhibiting a shot yourself? Don’t wait to apply as prime space is already filling up. Apply for 2019 here—or contact our Sales team—we’re here to help you.

We would like to extend a huge thank you to the countless exhibitors, collectors, galleries, and artists who played a part in Artexpo New York 2018. We would also like to thank our sponsors for making this year’s event one of the best. We are looking forward to seeing you again next year as we begin the fifth decade of Artexpo New York! 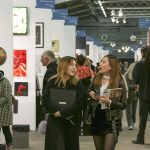