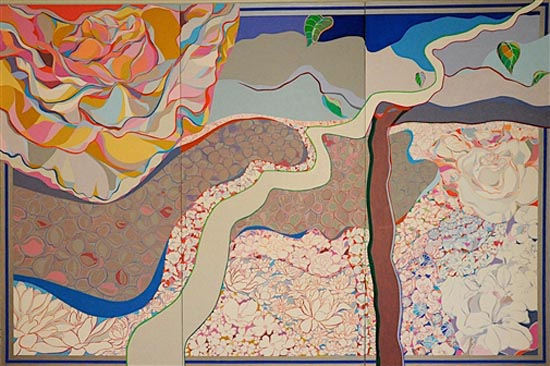 Press Release:
Ai-Wen Wu Kratz sees art as a constant quest for discovery. Drawing from classical music, literature, and stage design, the artist weaves a rich tapestry of color, line and form. In To Plant Flowers While Waiting, each section of tangled lines takes on a life of its own. Flowers spring up from every direction, while a sliver of blue hints at the horizon in the distance. Hovering between abstraction and landscape portraiture, Kratz creates an aesthetic that’s all her own, fusing traditional Chinese patterns with large, sweeping movements.

To Plant Flowers While Waiting is an allegory calling for acceptance, constructivism, and productivity. It is the artist’s specific response to Samuel Beckett’s play, Waiting For Godot. In her painting, Kratz intents to make a counterpoint to the bleak world depicted by Samuel Beckett in the Theater of the Absurd. “One can elevate one’s outlook by being positive,” she said, “To nod to a stranger is to plant a flower.” She negates the daily bitterness between the two main characters against each other while waiting for the arrival of Godot.

As a native of Hong Kong, China, Kratz believes in putting humanity before self-interest and hopes her artwork delivers joy and peace. 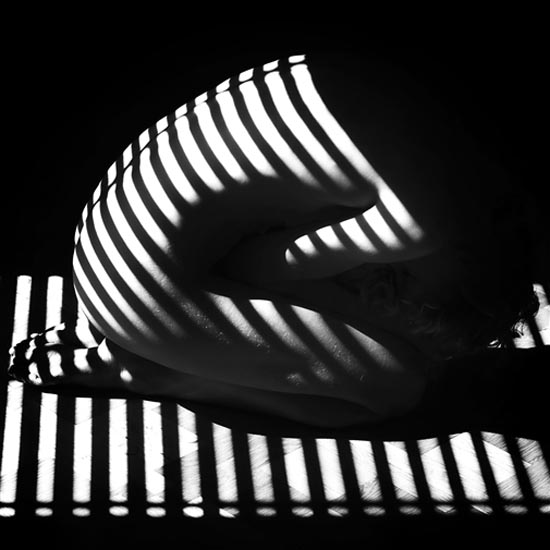