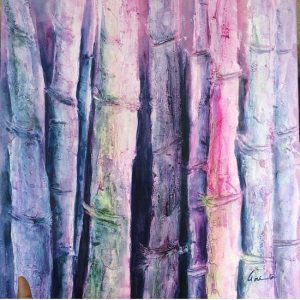 Artist Bio:
Born in 1972 and brought up in Orissa, India, Amita is an artist , an art teacher, crafter, designer, curator and an entrepreneur.

With more than 50 shows to her credit she has been showcasing her artworks in several solo exhibitions and has participated in multiple National level group shows and camps across the country with some of the top artists from India and abroad.

She works in various mediums, especially watercolours & acrylics and has recently started experimenting with sculpture. Her works are in collection with various hotels (The Tea Lounge – Taj Palace, New Delhi, ITC Sheraton New Delhi Hotel , and others), investors & as private collections ( International Actor / Writer Nandana Sen , and others) .
Along with practising Art , she has been actively involved in the promotion of Art through teaching, conducting art workshops and curating Art Shows. She was also on the jury for “Art Beat”, a national level art show, hosted by Ireo Waterfront in Ludhiana for 3 consecutive years.

To further her love for art , she started teaching Fine Arts in 1998. She has been a mentor to many students, preparing them for entrance exams and guiding them in preparing their Art Portfolios for getting admission to various Art Colleges in India and abroad. Many of them are now Architects , Designers , Artists and still many of them are studying in some of the best Art and Architecture colleges around the world.

Also trained in Bharatanatyam ( a classical dance form from south India ), she is running ‘Creative Arts Institute’, an art school in Ludhiana , Punjab to promote various art forms (Fine Arts, sculpture, Hindustani classical, Bharatanatyam, Western and latin dance forms , Instrumental music , photography) and has been instrumental in introducing various new art forms in Ludhiana. She has a team of 6 people ( talented in different art forms) working under her. Various workshops , long term and short courses are held at the Institute round the year and is very well known for nurturing talent .

She grew up in a culturally rich environment and found herself drawn to all art forms especially fine arts and dance. Having acquired her basic training in fine arts from a local art school , she drew her inspiration from nature and the people around her. Moving further in life, situations and emotions became an immense part of her artworks . Her human figures are presented in amalgamation with their social being presenting the unsaid emotion. Her paintings on nature often contain colours which are just a suggestion of a mood or a feeling and not seen naturally and are generally richly textured in her own individualistic style.

Apart from that she is a travel enthusiast , a spiritual seeker and an avid learner who is always seeking new ways and techniques and likes to explore and experience different cultures and thus apply them in her work.Presently she lives and works in Ludhiana , Punjab.

Additional Info:
Amita’s paintings on nature often contain colours which are just a suggestion of a mood or a feeling and not seen naturally. She believes that our surroundings are just a reflection of what we perceive and are feeling at the moment. “As within so without.” They are generally richly textured in her own individualistic style. 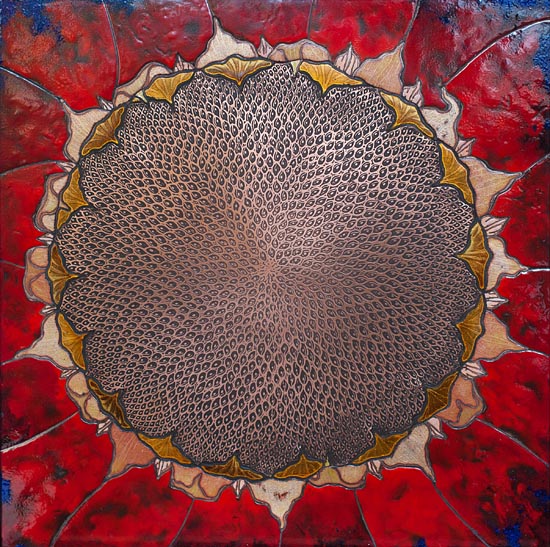