Artist Bio:
Abdul Rauf Khalfan, Dubai base, 35-year-old Emirati is not only different in my approach by choosing to complete a portrait of British monarch Queen Elizabeth II in time for her birthday on April 21, but he’s also unique with my materials. This three-meter by two-meter creation is not a painting, but rather a yellow garden hose the hose’s black interior and ultimately the image of the queen. Now I am looking forward to make arts using different colors of the hose pipes in the future.

To create this freehand but just through walking back and forth until being fully satisfied with his masterpiece. As it a big art  now I am finishing a collection of famous people in small size art works; it takes seven days to complete it. Now I plan to apply the same technique to make small size portraits of HH sheikh Zayed, Gandhi, Nelson-Mandela, Charlie Chaplin, Michael Jackson, and other iconic world figures, as well as the UAE leaders which didn’t take me a week and — first though I have to go back to the hardware store to get more hose pipes.

Which brings us to the other obvious question. Why hose pipes?

“It just came to me from my God and the blessing with ideas, “When I sit and look at things 1 don’t see them for their purpose, but what they could be.

“It’s also important that no one has ever done this before. I respect and admire other artists but I’m not inspired by them; that’s not my style. I don’t think it’s the right thing to do. If you get inspired by people too much you may just end up copying them. I think as an artist it’s important to just be unique and creative.”

Khalfan’s end goal is to get his creations showcased in a gallery. 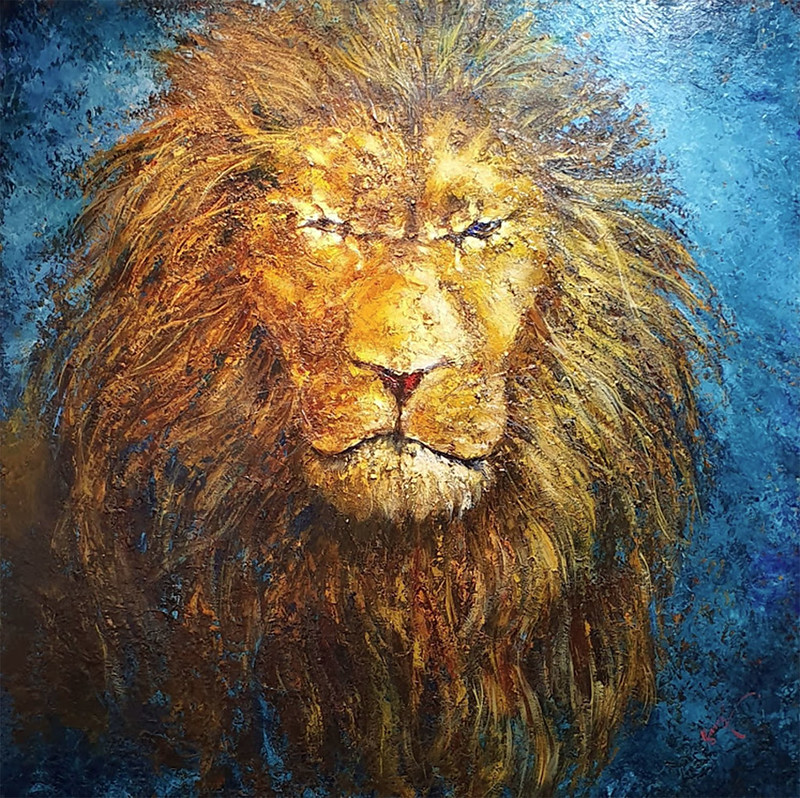