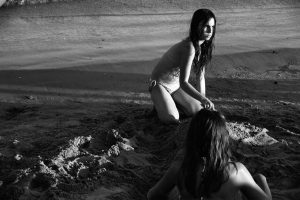 I experienced discrimination, abuse, bullying, etc. during adolescence.
I felt that art, which kept me connected to the world with the feeling of reincarnation, is communication of love.It is my life to make art, which has saved me, into a composite art by connecting arts, music and film together.

I was also responsible for the concept art of the worldview and characters for “Kohtaro in Space Wonderland”.
I am a film director in Japan and a member of the Directors Guild of Japan.
In 2015, “Painting with hair” was published on the magazine “Gendai Bijutsu (Modern Art)” from artbox.
In 2016, “Pon-chan” and the film “eraser wars” was also published in the magazine
“Cool Japan” from the same publisher.
“Pon-chan” was exhibited as the Sponsor’s recommended piece at the “Belladonna Exhibit” at the Tokyo Art Museum.
It has been exhibited at independent exhibits in Japan 5 times.
An article was also published on the newspaper when I held an independent exhibit in my hometown.and Aichi Triennale Partnership Business.
This has also been exhibited at “Navigating the Japanese Future 2014” in Los Angeles.
My piece “Pon-chan” was used for the Main poster.

2020 Exhibit piece
The concept of this piece is “creation from nothing to something”.
The concept is “birth”.
The main 3 dimensional piece reconstructs the creation of earth and creation of life from a new different point of view.

The small 3 dimensional piece is the “Kohtaro” series.
“Kohtaro” is the symbol of a life form which is gentle hearted and filled with thoughtfulness and hope.
I designed and sculpted it.
This represents the concept “creation from nothing to something” by shaping this from a simple ball.
I expressed the excitement of birth and the feeling of hoping for the future.
The small 3 dimensional piece is a series called “Space adventure”.
This piece has also been made into a film.

The small animal piece was created with the concept of “motherhood”, unconditional love. The Tanuki is a lovely animal unique to Japan.
From the eyes of a parent, their child will always be a child no matter the age. The round body and cute eyes express the state of looking over children.

“I lost all the keys to home and yet I even don’t have a spell to open the gates of Hell.”
“How about going away to the kingdom of shadow searching your own light-fall?”

Very often being with darkness will help to see thread of light and an invisible puppeteer might be there waiting, longing to get the still-doll to be ready. I really should go back to where the clock won’t tick away anymore.

“I always wish I could fly freely as a bird and the sky upon us was floating on the heaven, as lightly as a feather.”

I looked at the window and it started snowing, and soon became sharp blizzard like last Wednesday. It was actually storm of the paper snow. They were flying lightly and not falling into the ground. How strange. We still need shelter anyway. After the snow, I will follow a puppet chained with threads of the clouds to find out who the puppeteer is. No suns had raised or set today. They might never be lighting the same color on us. I will see colorless shine in silent blue, right here with my new verse.

Although Aehee Kang Asano’s parents came from North and South Korea, Aehee was born in Yokohama, Japan, where she grew up. At age 15 she started her career as a poet, writer, and underground movie critic. After she moved to New York where she found a way to visualize her poetry and became interested in documentary and fine art photography. She eventually chose photography as a way of expressing herself as an artist, influenced largely by the works of Eugene Smith, Jean-Paul Sartre philosophy and theatrical works, and by the films of François Truffaut, Aehee has gathered and added great vestige and profoundness to her life and to her works.

In English, photography can be defined as a “light picture,” or more specifically, the act of capturing images by recording light via an image sensor; however, in Japanese it also means to “expose or to reflect truth.” I like both meanings of the word in respect to my art. By reflecting a scene from the real world (one that is physical) in my photographic works, another view of the world emerges – one that most people do not see; a passing image that fades away in a moment’s time.

Yumi Murabarashi (Artegg-Yumi) and Aehee Kang Asano (Red Dream Factory) met in New York in 2018 for Yumi’s featured film “One Last Time”. Aehee was casted by the director Yumi. Since then, although they have used very different mediums for their individual works, been getting inspired each other and decided to start a new project in 2020, and first public appearance will be for Art Expo New York 2020.

Artegg-Yumi’s works colorfully express her intense theme by various illustrations and animations with her own music and video arts, on the other hand, Red Dream Factory’s works are monochrome photographic works and poetry, the classic. While staying in New York, we are going to make a new documentary film together. Hope audiences enjoy rather mysterious and unique contrast of the works by two different artists and how this chemistry creates an entirely new type of art. 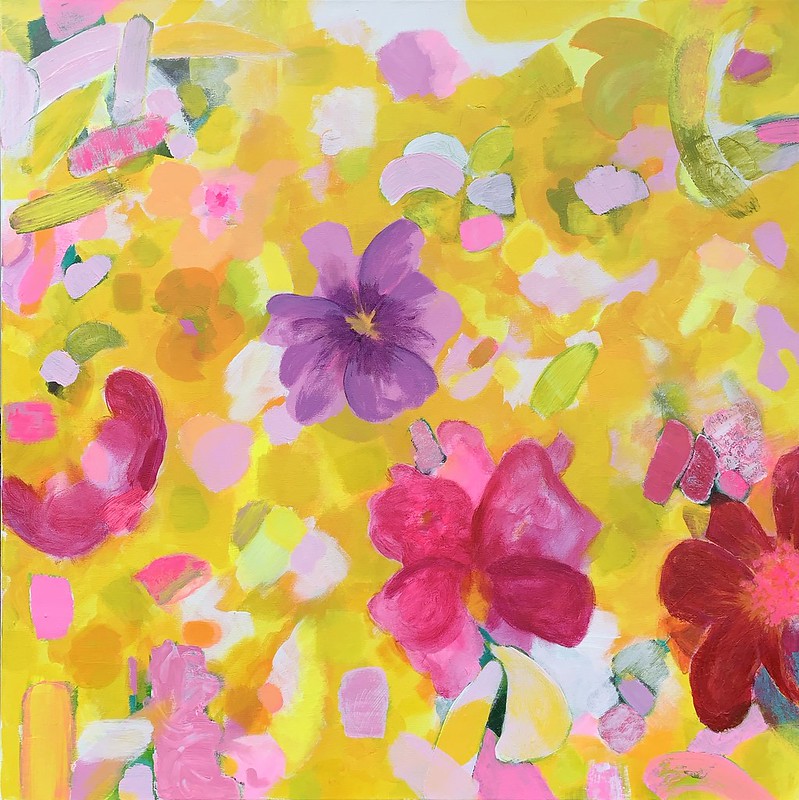