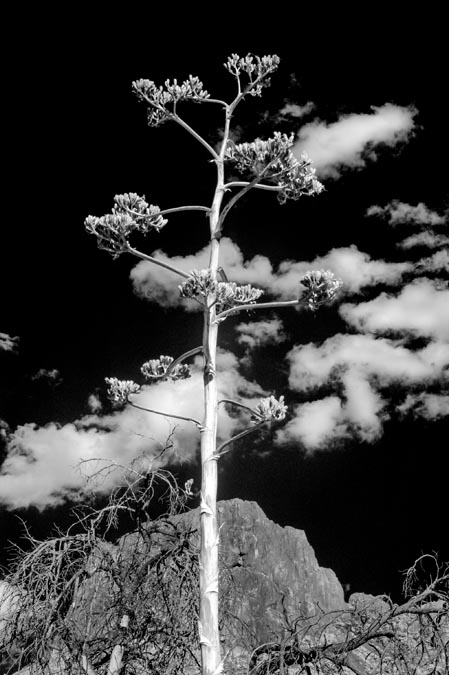 Artist Bio:
Richard was born in Canada and began pursuing photography in 1994 at the time of his move to the United States. He is a self-taught photographer. His primary focus was originally black and white and color film photography, especially black and white infrared. He now uses a converted digital camera to capture infrared black and white images and does his own post-production and fine art printing of small batch limited editions and personal exclusive editions.

At ArtExpo New York he is excited to be working with Blazing Editions to show his first large- scale aluminum prints.

Richard has participated in several group exhibits in New York, Connecticut, Virginia and Santa Fe, NM. His photographs are in several corporate and private collections.

He credits his friend John Hallum, whose dark room he originally learned in; Canadian artist, mentor and friend Dr. Jennifer Dickson, RA; and, his alchemist film printer, Richard Hobbs (who formerly printed for Robert Frank and Magnum agency photographers), for their mentoring along the way.

His Master’s and Bachelor’s Degrees are from Queen’s University in political science and he has had an alternate career in corporate communications that has taken him to St. Louis, New York City, Austin and Richmond.

Additional Info:
While it is common to base notions of photographic art on capturing that “decisive moment”, I prefer to think about the photograph as a means of creative expression that is more than just a moment. The image is composed in a manner that turns the familiar into something more. The things we often take for granted have the potential to become a dream and a place where the mind may venture – a journey. The captured moment of reality becomes a place to explore, a path to realization, a spot of quiet solitude, rather than just a specific time and locale.

Making photographs in black & white with infrared light captures a part of the light spectrum humans cannot see, resulting in different textures and dynamic tones. These effects beg the question: “what is reality?” Infrared photography reveals the unseen and defeats assumptions about the “reality” in a photograph thus requiring the viewer to respond differently to the image. The infrared image presents a new perspective of the known world and creates a new place to visit or imagine.

Specific Image stories:
Dune: It was an overcast day, hoping for a sunrise on Ocracoke Island, North Carolina. Trusty Soco the dog and I sat alone on the beach hoping for that morning burst of sun over the ocean. While the light played tricks with us, as we left and headed back through the dunes we got the golden glow on a dune and beach grass….an ideal opportunity for an Infrared shot that would glow and begin a beautiful day.

The Carnival Stopped: This “Roadside America” trip headed up Virginia’s eastern shore getting off the highway to check out the villages, sea marsh and fishing boats along the way. In Wachapreague, Virginia, population 230, the fishing boats were either all out or gone. The docks and “handling facilities” all shut down or worn out. But there at the corner of Atlantic Rd. and Ice Plant Street, the carnival. Not operating but there it was…a carnival stopped with no one to be seen.

Cactus in the Sky: In the desert of west Texas in Big Bend National Park the cactus were blooming. With some puffy clouds and a rock in the mountain cropping out the cactus flowers were like little white diamonds. This is the first image I am trying on aluminum and depending on the light it makes the cactus glisten even more, in a sort of three dimensional way as you wander around it