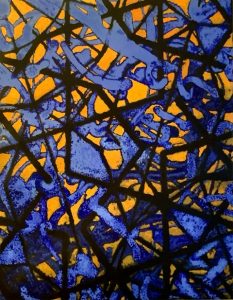 Artist Bio:
Many rich literary, artistic and performance experiences have shaped my work. My mother was a productive artist and designer. From an early age I studied the piano and took art classes like all the five children in my creative family. As a serious young pianist and university student in Paris, a rich, cultural world was opened up to me. Continuing academic studies, I received my BA/MA in French at the University of Chicago, and eventually went on to get my Ph.D. in French Literature at Columbia University spending two years in Paris on a French Government research grant. My art practice was honed while taking studio art classes at Columbia and elsewhere in New York. For many years, I studied classical and modern dance with Merce Cunningham in New York and practice qi gong and kundalini yoga. I have been inspired by many painters, artisans, musicians, designers, graffiti artists and photographers. Jazz, modern and classical music of all traditions and genres continues to nourish my art projects. An intrepid adventurer, I have traveled extensively in the United States, Europe, North Africa, the Middle East, South America, India and Southeast Asia. I live in New York City, a rich and unique multi-cultural center filled with opportunities for constant learning and growth.

My artistic vision combines ancient artisan traditions with contemporary digital technology creating new visions for the imagination. My current, unique, mixed media works on canvas and silk are inspired by medieval Moorish Islamic designs that I discovered in Spain and Morocco. Based on mathematical formulas with symbolic, spiritual, esoteric meanings, they offer an incredible strength and complexity while expressing universal, mystical truths. This spiritual reference transforms the haptic space of these works just as it has revealed its truth over the centuries in architecture, tiles, stucco, wood, fabric, stained glass and metal art. The geometric designs intertwine with contemporary, vivid, swirling forms and colors creating a magical, shimmering kaleidoscopic effect. The intense energy of light and color stimulates the viewer’s eye allowing for meaningful, transformative meditations and transcendent discoveries by the mind, spirt and emotions. 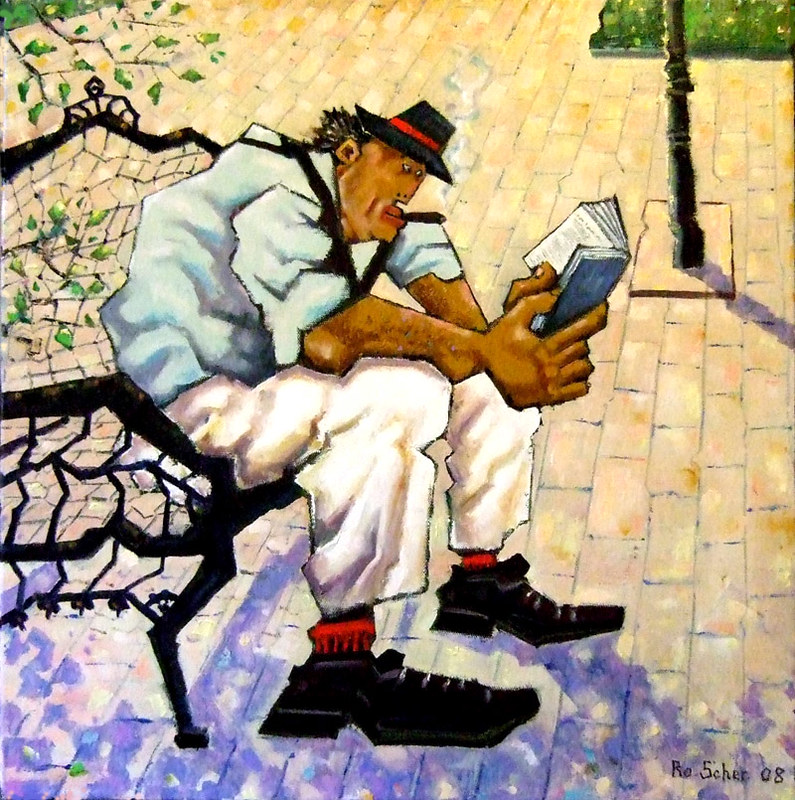