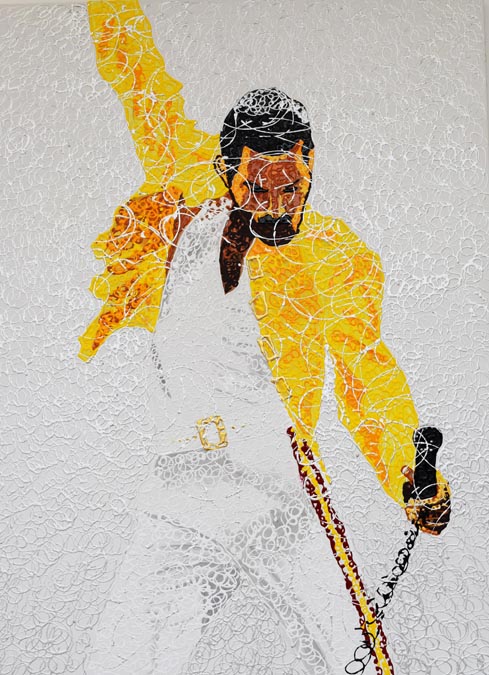 Artist Bio:
Hulis Mavruk (Born 4 July, 1952) is a painter born in Southern Turkey. He started professional painting at the tender age of 6. His works have received acclaim from several quarters, including art critics. Although he has made a breakthrough in mainstream arts industry, he managed to do so without any formal arts education to precede his professional career. By simply teaching himself and learning by observation, he has become a respected painter whose artwork is exhibited in different locations across the globe. At some point in his career, Mavruk owned a gallery in Incirlik Air Force Base in Turkey, close to the Mediterranean Sea. Because of the location and the people he often interacted with, his gallery mainly had paintings of American officers. While there, Mavruk made contacts with several African-American airmen and service officers, making portraits of them.

In 1972, he moved to the United States where he began making paintings of mainly African Americans, their culture, and things that define them. Mavruk’s paintings also captured renowned African American figures such as Malcolm X, Martin Luther King Jr., African American women, Buffalo Soldiers, and a host of other subjects. Although, it was African American art that brought him success, he continues to explore and has the ability to create any style of art using any medium. His latest works features Pop culture icons using a splatter paint approach, as well as landscape, abstract, portrait , and floral imagery. He currently owns a gallery and and studio in Lynbrook ,NY.