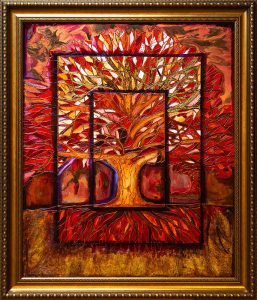 Artist Bio:
Maira Sultana Abbasi was born in 1971 into the Royal ABBASI FAMILY direct descendent of the Abbasid Caliphate.

Her grandfather Amir Sir Sadiq Muhammad Khan Abbasi V was the last ruler of this once great dynasty.

Dating from 1702-1954 THE ABBASIS OF BAHAWALPUR rule came to be known as the golden age of Art, Architecture Music and Literature. She is perhaps influenced the most by the legacy her family left behind. The famed Arabian Nights was compiled in the times of Haroon ul Rashid Abbasi the V Caliph. Trips to The Derawar Fort in the heart of the mystical Cholistan desert,Visits to her magnificent family  palaces steeped in history and drama left a mark on her which influenced her and moulded her into the artist she aspires and challenges herself to be today.

At an early age she developed a love for art and architecture and the undeniable importance of the legacy that one leaves behind long after one is gone. After completing her bachelors in Painting with honors she went on to exhibit several solo shows and did privately and commercially commissioned works, she has been featured in many newspapers overseas and has to her credit being featured on the cover of the WWF Magazine, The youngest participant in the All Pakistan Art exhibition, her work was displayed at the residence of the USA Ambassador.

She always believed in giving back and donated her work for fundraisers such as the SK CANCER HOSPITAL,LRBT fund raiser and recently auctioned her work for the eradication of Polio fundraiser organized by the Rotary Club East Yonkers NY.
She hopes to achieve a balance with a traditional subject matter but present it in a contemporary style. She has chosen to break away from flat surfaces and work on 3 dimensional boards to encourage the viewer to enter act with the art with sight and touch and explore the heavy textured surfaces. She has a fascination with trees that have been symbolic through the ages from an anchor to refuge and life sustaining.
Her color palette consists of jewel colors and those of the elements of nature with gold and copper incorporated to show the richness and opulence of a by gone era.
She hopes to contribute to an already rich patchwork of diversity in America which is of a unique nature.

To her Art communicates in an universal language surpassing geographical boundaries and social biases. She loves to travel around the world to experience first hand the different cultures of the world and be inspired by great beauty.
She lives in New Jersey with her husband and is devoted to her two young boys.
For to her what good is a book written but not read or a painting created but not seen.
In her effort to implement abstract ideas into tangible reality she fears she may be far from done but perhaps it is explicit to quote Tai-Tung WERE I TO AWAIT PERFECTION,MY BOOK WOULD NEVER BE FINISHED. 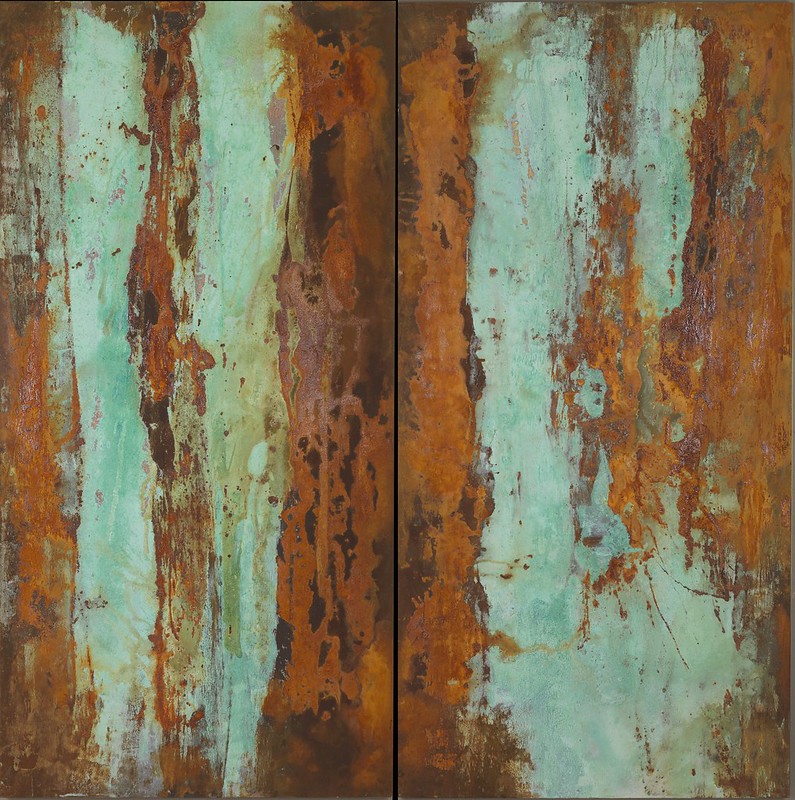