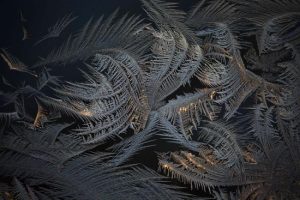 Artist Bio:
Peter Andrew Jeschke has taken photographs since he was a teenager but only late in life, after a full career as a geophysicist, has he turned photography into a profession. He explains this long delay by stating “I could not in good conscience subject my young family to any “starving artist” phases.”

Mr. Jeschke’s personal quest has always been to be at the right places at the right moments to experience the world’s wonders. Whether those moments are the miraculous birth of a child, the magical appearance of a rainbow, the artful interplay of light and architecture, a fleeting expression on a transcendently beautiful face, a glorious sunrise, a spectacular sunset, frost crystals silently forming out of thin air, or the climactic result of human endeavor, he wants to “hear and see and feel it all!”

Mr. Jeschke’s professional mission is to capture those special moments of wonder as impactful photographic images, and to share them – to educate, to entertain, and to inspire. His most recent project is “Frost on My Windows.” For the past four winters he has documented ice crystal growth on his old farmhouse windows and the subsequent interplay of the light from outside and the intricate crystalline structures producing artful compositions of form, space, texture and color.

He met his wife, Rizona, in Kathmandu, Nepal, in 1972, and they were married shortly thereafter in northeast India. After professional careers they now pursue their passions of photography, travel and the culinary arts. They shuttle between their homes in the states of Meghalaya, India, and New Hampshire, USA, stay involved and engaged with their extended families, and do their charitable work.

FOR IMMEDIATE RELEASE:
Peter Andrew Jeschke to Exhibit Photographic Images from his “Frost On My Windows” Project at Artexpo New York, April 4-7, 2019.

CENTER CONWAY, New Hampshire – March 28, 2019 – Peter Andrew Jeschke will exhibit photographic works from his “Frost On My Windows” project at Artexpo in New York City from April 4 through April 7, 2019. Artexpo is an annual curated event in its 41st year showcasing fine art in all media. Approximately 1,000 emerging and established artists will exhibit their works at the event, and tens of thousands of fine art buyers and viewers will attend. Mr. Jeschke will be in Booth #1101.

Mr. Jeschke’s statement on his works to be shown at Artexpo: “During winter months, wondrous art in the form of frost appears as if by magic on my old farmhouse windows. Exquisitely shaped ice crystals grow in the cold of night, and then reflect, refract and diffract the natural light coming into my rooms from outside. The interplay of light and crystalline shapes creates infinite and ever changing artful compositions of form, space, texture and color. This ephemeral artwork keeps evolving in the cold morning air, but can then dramatically melt away in the direct sunlight! I have spent four winters documenting this simple but at times sublimely beautiful process with my digital cameras, and am ready to share my vision with the world.”

Mr. Jeschke’s wall displays to be shown at Artexpo range in size from 8”x8” framed prints to 60” x 40” face mounted acrylic wall hangings. More of Mr. Jeschke’s work can be seen on his website at https://www.pajphoto.com. Wall calendars and a coffee table book of “Frost On My Windows” are in the planning stage. This year’s Artexpo event will be held at Pier 90 at 711 12th Avenue, New York, New York. Tickets to Artexpo are available at https://www.eventbrite.com/e/artexpo-new-york-solo-foto-solo-2019-tickets-52408892408