Artist Bio:
Phil McAuliffe is an American photojournalist and documentary photographer whose professional career spans nearly four decades. He has photographed seven U.S. presidents and six presidential campaigns. Other topics include nearly 30 years of the U.S. space program taking him from the Kennedy Space Center in Florida to the Baikonur Cosmodrome on the desert steppe of Kazakhstan. In 1999 what started as an assignment to document the arrival in America of refugees from war torn Kosovo, ended in the reunion of two families separated by that war. Phil has covered the 2001 terrorist attacks on America producing a documentary film on the experience of local New York residents called Stories from the Frozen Zone. He has covered hurricane Katrina in 2005 and Superstorm Sandy in 2012, the latter, making the cover of Newsweek in November of 2012. Along the way he has spent decades photographing legendary trailblazers in music and the arts. Phil McAuliffe has been published globally and his images have also appeared in many books. He is currently based in Central New Jersey and is represented by Polaris Images in NY .

Artist Statement:
Growing up in central New Jersey in the 60’s and 70’s to the backdrop of some of the biggest historic events of our time, I don’t think I was aware of just how this aspect of my childhood would shape the rest of my life. JFK, MLK, RFK, Viet Nam the moon landing.

When Robert Kennedy was killed in 1968 my father wanted to go to St. Patrick’s Cathedral in NYC where RFK’s body lie in state. We stood in a line for hours eventually filing past the coffin at about 3 AM. This was one of my first experiences personally witnessing a major historic event.

As a kid is was into the space program and closely followed the Apollo missions. I collected Life magazines for their space flight photography. I remember a TV interview with Life magazine photographer Ralph Morse by Walter Cronkite during their live coverage of the Apollo 15 launch. As he told the stories behind his photographs I can remember thinking this is something I would like to do.

In the late seventies I was into music and music photography. I bought a cheap Argus Cosina 35 mm camera with even cheaper 50mm and 90mm lenses. My first freelance shoots were concerts at the Spectrum in Philadelphia for a local weekly newspaper near Trenton N.J. called the Mercer Messenger. Eventually this led to me covering local news assignments.

Fast forward to the mid 1990’s. I had been working as a photofinisher and camera repair person for six years. This gave me a strong background in processing film and film stocks as well as the technical workings of different camera formats and use of lenses. In 1996 I took a job as a staff photographer for a Princeton N.J. based newspaper group called Packet Publications where I worked for the next 20 years. It was here that a local assignment in 1999 on refugee’s from the war in Kosovo arriving a N.J. military base called Ft. Dix would lead to me traveling to Kosovo on a mission to find and reunite members of a family separated in that war.

In the early 2000’s I did video work as a TV news cameraman for a local TV station WZBN TV Channel 25 while pursuing freelance still photography assignments of national stories from Presidential campaigns, the space shuttle to the 2001 terrorist attacks on September 11.

In 2005 a photo I took an assignment to shoot a feature on the 50th anniversary of the death of Albert Einstein for a photo agency in NYC called Polaris Images. Now almost 15 years later I still shoot for Polaris with much of my work published globally.

I have always been a history buff and a student of the arts. I find inspiration in the work of some of the great pioneering photographers such as Henri Cartier-Bresson, Eugene Smith, Dorothea Lange and many others. I have been privileged to have photographed many historic events as well as the history makers themselves. Over the years I have had many experiences making pictures in varying conditions, both good and bad. Through it all my abilities as a photographer have evolved and I have always tried to refine my craft to produce images artistically pleasing and compelling. 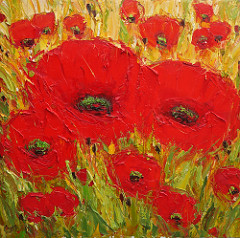