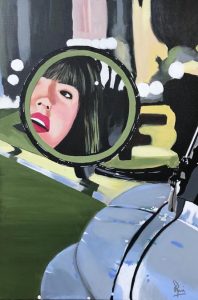 Artist Bio:
Ravi Raman is a self-taught artist, born in India. Raised and educated in New Jersey, he is based currently in Washington, DC. Raman likens his arrival in America at the age of five to television going from black and white to high-definition, forty-foot tall, 3-D IMAX. Inundated by American pop culture – television, movies, literature, fashion, art, and especially music – he consumed all of it with such a voracious appetite that its influences still permeate each of his paintings.

After years of pursuing music as his primary artistic outlet, Raman returned to his childhood passion for drawing and painting. It was a revelation to him that his creative process for painting and songwriting was strikingly similar. He realized that his art – regardless of the medium – is merely an expression of his personal sensibilities, influences, and tastes.

Inspiration for Raman’s paintings are drawn from disparate sources ranging from music to literature to places he has traveled to people he meets. Influences as expansive as Picasso and Warhol, Jagger and Richards, Hemingway and Fitzgerald, and pop culture iconography all collide on his canvas. With a penchant for dramatic color and texture and an ever-present tinge of rock & roll and urban sensibilities, Raman’s paintings are meant to evoke similar sentiments from his audience.

Since 2015, Raman’s work has been shown at solo and group exhibits at venues and galleries throughout Washington DC, as well as in New York City and Virginia. His works also are in collectors’ homes throughout the country. As he continues to explore innovative ways to bring awareness to his art, he has delved into merchandising and currently is soliciting licensing possibilities. 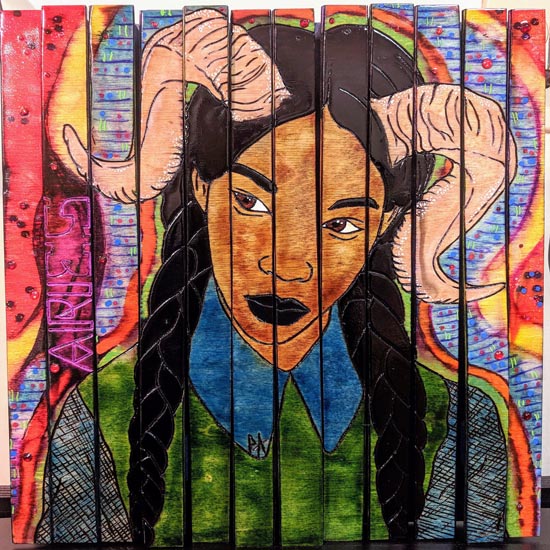