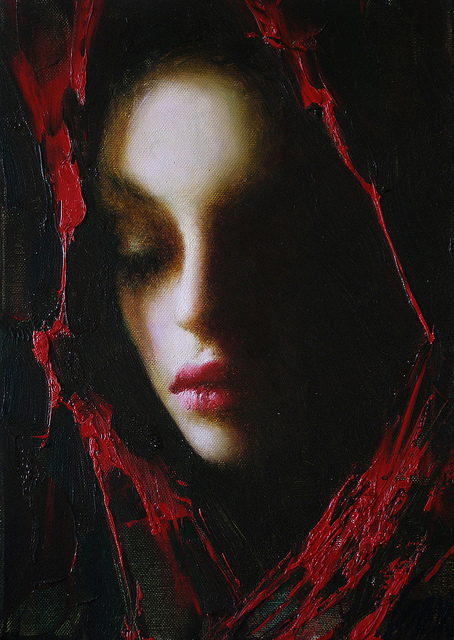 Artist Bio:
Taras Loboda was born on May 4th, 1961 in Ivano-Frankovsk, Ukraine into the family of I.I. Loboda, a famous Ukrainian artist. He graduated from the AcademyOf Arts in Kiev (1979-1985). In 1979 he attended the well-known Zaretsky’s studio. He is a participant of many international, national, all-Soviet Union exhibitions. Since 1993 he has been living and working in Prague (Czech republic).He is anartistthat creates thematic compositions, portraits, landscapes and still-lives.Presently living and working in Prague, Taraspersistently and purposefully develops three main motives: a female portrait (a look with a sad solitude feeling) a female nude (a body with melodious lines), astrict classical still life and a phantomlandscape.

Objects painted with the intrigue that the artist adds, attract due to their escaping mysteriousness. TarasLoboda, an excellent graphic artist and painter with a rich fantasy and a developed decorative flair, usually strives to look beyond the apparentaspect of things, he penetratesthe Looking-Glass of Alice and travels through the time and space which are aloof from the people whenever he pictures a beautiful stranger or the flowers boiling up above the smooth surface of a porcelain and copper or else luxurious paradise bushes above the frozen lakes. That is why his still-life pictures perfected in a masterly fashion and with a high grade of illusiveness are filled with an enchanting radiance, and are lit up with a light from another world. Taras’ female portraits display splendidly aesthetic female figures – nude or draped into a heavy dense cloth. Inhis landscapes the gloomy masses of vegetation in the foreground emphasize the wild colorful vegetation in the background.

The world being created by him is a world of stiff and motionless apparitions, rather cold and in most cases looking appear as if devoid of any emotional coloring. It is the world of obvious reservations, piercing reticence, where everything is stopped half a step before understanding, a moment before the solution. The artist literally draws the spectator here, pulls him out of the every day environment. Loboda skillfully seduces the spectator by supporting the inner nervousness and the stained expectation in him.

He succeeds in all three lines of his creative workas his work is qualitative and as well as attractiveto the public. TarasLoboda has been excellently trained from the technical point of view and is able to solve any graphic problem off-hand. It seems there are no insoluble complications for him in a fine painting. He easily shapes the form of things, selecting paints according to the contrast principle, freely achieving the expressive radiance and sonority. The color of his paintings transmits convincingly both the substance and the feeling.
The most interesting things begin when the artist becomes mature in his skill, when he has worked out his recognizable style: a restless and captivating “color-line-feeling” game, when game’severyday is mixed on the canvas and leads to new twists and turns. Having what to say and knowing how to say it, Loboda has found his place in the European post-modernist art world and consistently defends it.