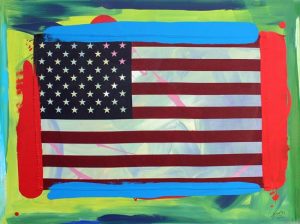 Artist Bio:
Ligel is an American (Haitian born) interdisciplinary contemporary artist, visual art educator, graphic & web designer. He attended Savannah Arts Academy, high school of music, visual arts as well as the performing arts located in historic Savannah, Georgia. Ligel attended the Savannah College of Art and Design (SCAD) briefly before joining the United State Marine Corps in December of 2000. After serving four honorable years in the United States Marines Corps as a Marine Musician: Trombonist, Ligel was honorably discharged from active duty in December of 2004. He has a Bachelor of Fine Arts degree in graphic design (2011) and a Masters degree in Fine Art. He received his first master’s degree from the Royal Melbourne Institute of Technology (RMIT) University in Melbourne, Victoria, Australia in December of 2013. He also holds a second masters degree in Education/Curriculum & Instruction (M.Ed) from the University of West Florida.

His work engages with an on-going exploration of issues of identity, self and pop culture. Within his creative process, Ligel values an on-going facet of serendipitous combinations of colors, as with improvisation with sound, and often utilizing specific cultural symbols from various social realms to convey his message to the audience at large.

From 2006 until 2010, Ligel worked at Savannah States University’s Upward Bound Program where he mentored and instructed high school students in both visual art and graphic design. In 2006, Ligel was selected to be the official visual artist for the 2006 Jacksonville Jazz Festival. His painting entitled “Great Sounds” was selected as the official image that branded this musical event during that year. In 2007, Ligel became the artist in residence, a board member for the Coastal Jazz Association and artistic director for the Savannah Jazz Festival until the fall of 2011. His works of art were used for the promotion of the Savannah Jazz Festival from 2007 until 2011. The Capital Jazz Festival also used one of Ligel’s musical-themed artworks in 2007 as the promotional brand for that year’s event. Ligel has also collaborated with world-renowned musician and educator, Mr. Wycliffe Gordon on various projects as well.

He is currently an adjunct graduate instructor at the Art of Education University, a visual art educator in the greater New York City area, and an art practitioner.

Press Release:
Endorsement from Mr. Evan Greene, who is the Chief Marketing Officer for the Recording Academy (the GRAMMYs), a marketing leader, a change agent, a storyteller and a collector of the Art of Ligel.

Mr. Greene writes “I met Ligel many years ago as an emerging artist, exploding onto the local scene. What instantly drew me to his work is his ability to viscerally translate the humanity onto the canvas. As CMO for the Recording Academy (the GRAMMYs), I have been particularly moved by how he represents the universal power of music with his emotionally dynamic and evocative brushstrokes. We have stayed in touch ever since, and I have subsequently purchased several of his pieces. Over the years, I have been impressed not only by his skill at creative expression, but also by his approach to building both personal and business relationships. He is truly unique, as he thinks strategically as well as tactically, seamlessly blending both the creative and the business sides of his brain.”

Ligel is currently an adjunct graduate instructor at the Art of Education University, a visual art educator in the greater New York City area, and an art practitioner.

Artist Statement:
My work incorporates an amalgam of art-making materials, techniques & processes and thematic concepts that capture my interest. Primarily, my work engages with an on-going exploration of issues of identity, self and pop culture.

My current body of works, which I refer to as “Made in the USA” series, aims to place the specific iconographic significance of the use of the American flag in juxtaposition to self – identification in American contemporary culture. These works mostly allow me to explore my relationship to my identity and others that are similar to mine.

My “Made in the USA” series explores the expectations, which perhaps, is associated with this identity. The interplay with facets of serendipitous combinations of colors combined with the use of this specific cultural symbol provides imagery for new conversational possibilities to occur. 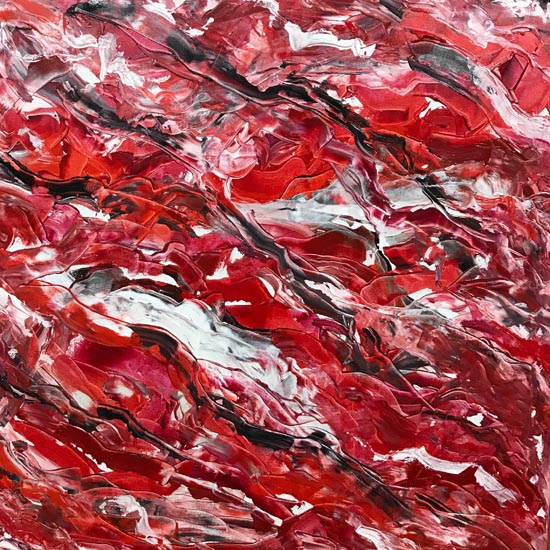