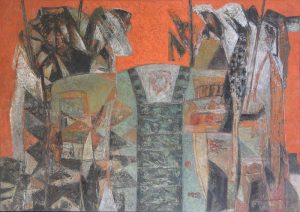 Artist Bio:
ISMAEL GUARDADO
Guardado has been described as “A plastic artista, a multidisciplinary sculptor well known in Mexico as well as international”

He studied at the Academy of San Carlos between 1962and 1966, he has an apprentice of Master Kiyokzu Yamaski in Tókio, Japan between 1973 and 1974, a year later he led the “Jose Guadalupe Posada” etching workshop in Aguascalientes.

The artistic career of Guardado has spanned the last 57 years, in it he has worked in various media, though he prefers working in oil; since 1960 he has achieved over 60 awards and distinctions in various disciplines. Master Guardado has participated in over 500 collective exhibitions in every continent, and over 120 individual exhibits in Mexico, United States and Spain. His work is held in collections of over 40 museums and cultural institutions at home and abroad, as well as many private collections, among these the Museum of Modern Art, the Diego Rivera Museum, the Manuel Felguerez Museum of Abstract Art, the NAtional Museum of Art in Iraq, the Public Library in New York City, the NAtional Stamp Museum and the Bancomer Cultural Foundation.

In his own words, Guardado has said: “i always look for the work to surprise me before it surprises the spectator, i want to interest the spectator in such a way that a look is not enough to initiate a voyage through time and space. I believe that the work is never complete until the spectator travels though it and arrives at their particular destiny, unique and unrepeatable. 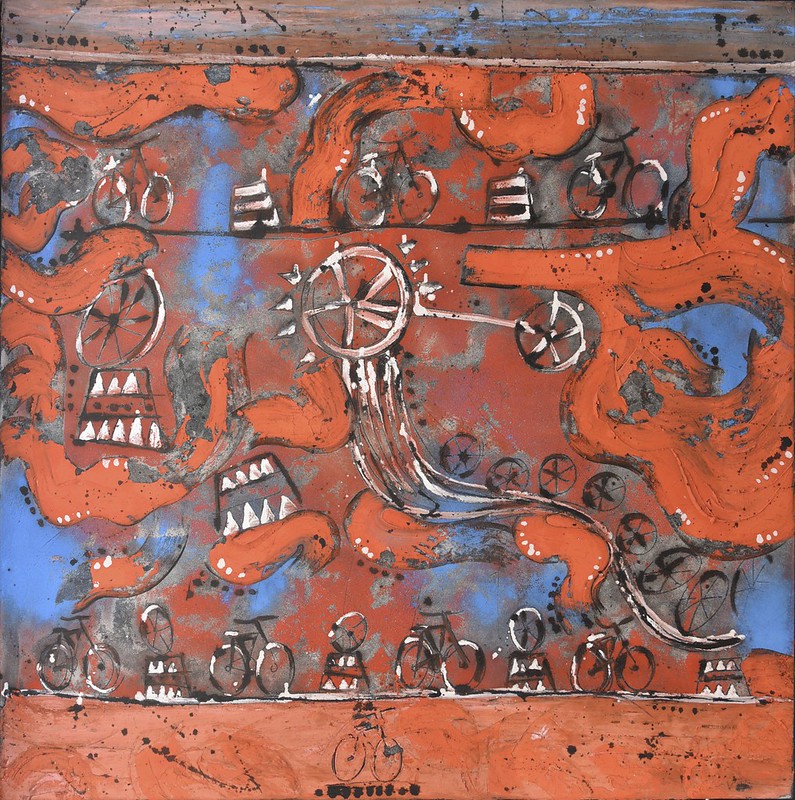