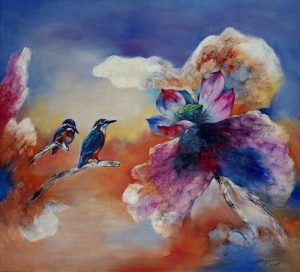 Artist Bio:
Huang Yue, created a new oil painting style and form – Huang Yue Bird-Flower Oil Painting in year 2000; was one of the Directors of the Committee of 2012 London Olympic Fine Arts Assembly; the Founder of Huang Yue Charitable Art Foundation; and the Ambassador of the Charity “Ministry of Civil Affairs China”. In year 2013, Los Angeles County issued Huang Yue with an honorable certification to recognize his contributions to art internationally. In the same year he was awarded “Outstanding Artistic Achievement Award” by American National Cultural and Arts Committee. In year 2014 he obtained the Gold Awards for World Famous Chinese in Los Angles, USA. In year 2015, the Italian government issued an honorary certificate in recognition of his exceptional contribution to the cultural exchange between China and Italy.

In year 2017, the House of Representatives of the United States issued Huang Yue an honor certificate. In the very same year, Huang Yue was presented with the prestigious “Artistic Achievement award” by New York City Hall for his contributions to the Sino-USA culture communications as an artist. The paintings created by Huang Yue have been collected by national and international well-known places and families such as China National Academy of Painting, Diaoyutai State Guesthouse, the Chinese People Political Consultative Conference, Zhong Nan Hai, the Conference Center of National People’s Congress, the Great Hall of the People, Jing Xi Hotel, the United Nations, the Italian Government, the National Irish Bank, the President Office of Irish, the Rothschild Family and the Rockefeller Family, and won many awards such as London Olympic Art Exhibition Gold Award in 2012 and the 20th International Art Exhibition Gold Award of Tokyo Metropolitan Museum of art in 2014. Huang Yue’s published album has been collected by the National Library of China and Taipei’s National Palace Museum.

Additional Info:
Huang Yue Flower and Bird Oil Painting: Huang Yue Flower and Bird Oil Painting was created by Artist Huang Yue in year 2000 as a new and independent art form. Before this art form, flowers and birds in the Eastern and the Western oil paintings present mostly as background in portraits, or in still-life paintings, or representation of flowers and birds in their natural environments. Huang Yue’s flower and bird oil painting is different from all of these in nature. It’s not only about flowers and birds, but also makes use of the imagery of flora and birds to represent the human spirits, thoughts, emotions and subjective feelings for the environment by his distinctive form of painting language. It’s different from traditional Chinese flower and bird paintings in terms of concepts, genres in use, as well as dissimilar to traditional Western oil painting in terms of the painting techniques, contents and concepts. Huang Yue has created a new oil painting form with a unique visual experience – Huang Yue Flower and Bird Oil Painting. 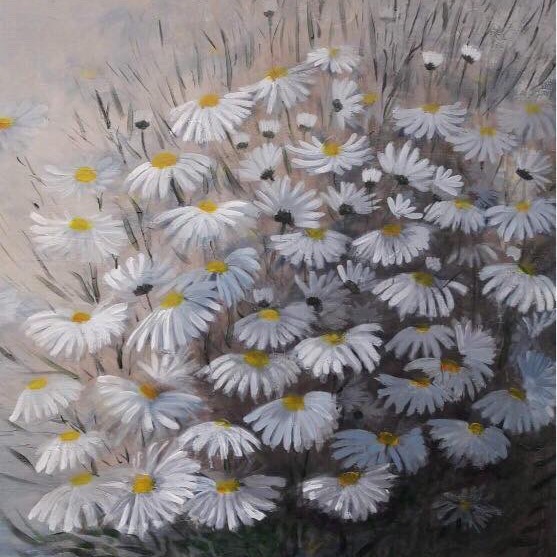